Written by Celestino Deleyto on 08 September 2013. Posted in CCSBlog. 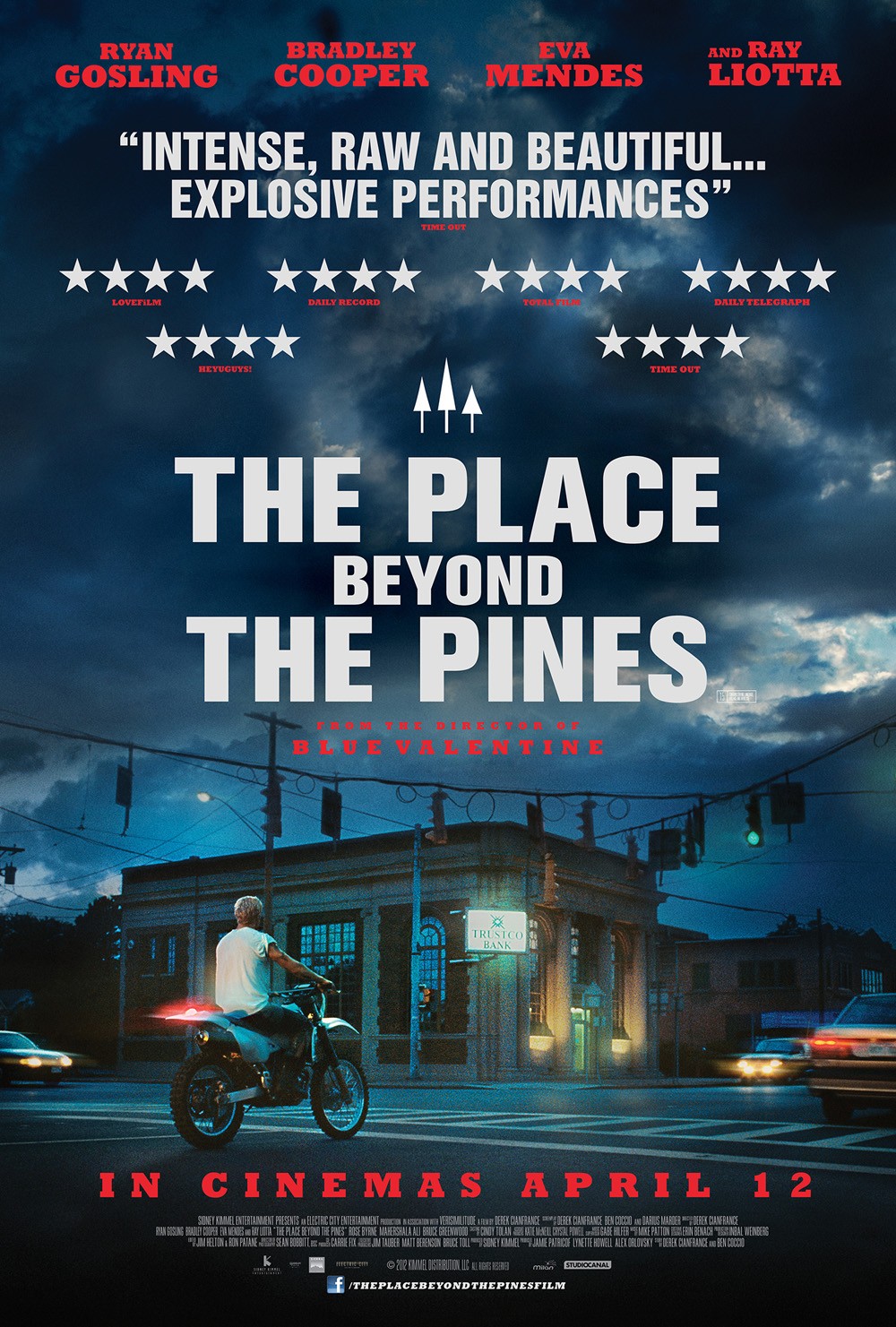 The Place Beyond the Pines (Derek Cianfrance, 2012) is a film about fathers and sons. In this fictional Schnectady (the town where the action takes place whose name means "the place beyond the pines"), women play a very secondary role. The story is all about an enigmatic hero, who makes too many questionable decisions for our liking but who remains the object of our sympathy and our desire almost exclusively through Ryan Gosling's star charisma. But what is new here is that the hero changes half way through (as in Psycho) and we end up with not one, not two, but four male heroes, two father and two sons, who, more or less, command our attention not simultaneously but consecutively. It is as if the film is offering a single hero split into four and thus is suggesting the instability, even arbirtariness, of hero construction, but, at the same time, its continuing fascination and the audience's unflagging identification and admiration. When Luke (Gosling), the first manifestation of the hero, disappears, the spectator is left unmoored, with nothing to hang on to, but we soon find a substitute, and then another, and then another, no matter what they are like. Still, we hope, at the end of the 140' of film, that the mistakes of the fathers won't be revisited in the sons, at least not in the motorbiker who, riding along the country rode, promises to take it up where his father left off, but with a difference.