Written by Celestino Deleyto on 01 March 2015. Posted in CCSBlog. 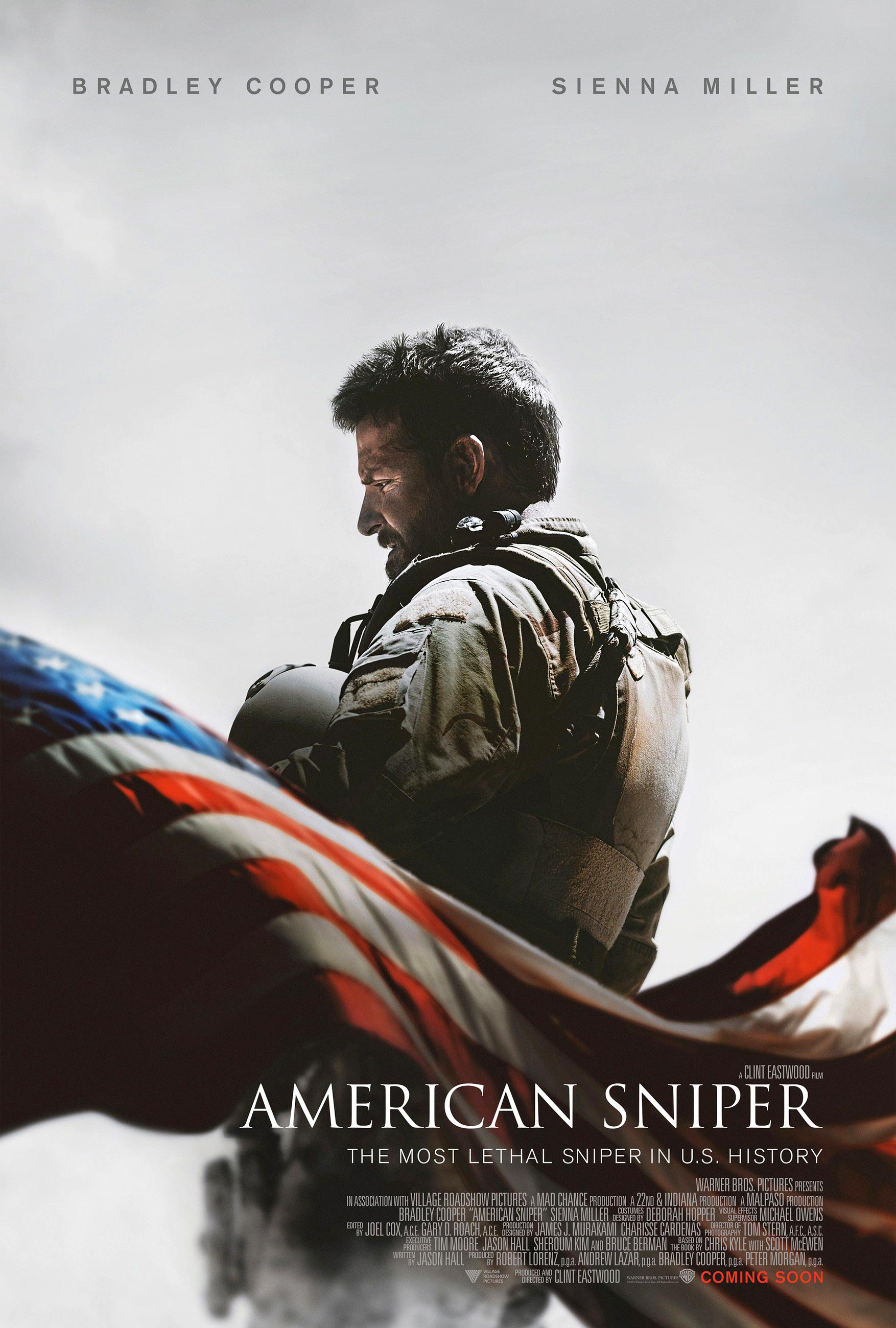 “It’s not about them. It’s about us,” says Taya (Sienna Miller) to her husband, Chris Kyle (Bradley Cooper), the real-life sniper who holds the dubious all-time record of people killed in the history of the U.S. army. She’s not kidding.

American Sniper, Clint Eastwood’s second film of 2014, starts promisingly in media res with Kyle trying to decide whether to shoot his first two victims in Iraq, a mother and child who may be carrying a grenade as they walk towards a U.S. army patrol. Wisely, the movie’s trailer highlights this, by far, the best moment in the film, and consequently promises a much better film than we actually get. The visual and dramatic tension of the moment anticipates a story about geopolitical complexities, ethical quandaries and diverse points of view on a matter of sufficient importance for everybody nowadays, all rendered with the narrative urgency and visual potency of the directors’ best films. While Chris ponders whether or not to pull the trigger we get an extended flashback that summarizes the protagonist’s life up to that point and that may work as a form of explanation of what comes when we return to the present: the moment the protagonist sees that the two Iraqis are indeed carrying grenade he takes them both out. What follows, in a mostly tedious and overlong narrative, is the familiar heroic professionalism, soldierly camaraderie, Arab wickedness and psychological disturbance of the soldier living under such unbearable stress.

Whether the film endorses or distances itself from all this is not even relevant. Beyond the beautifully turned out eyelashes of his rival Syrian-born and Olympic-champion sniper, there is no room for the slightest interest in anybody that is not the elite U.S. soldiers and the hero’s family. Of course, this is an adaptation of a soldier’s autobiography and maybe we should not expect anything different. The fact is, however, that what we get is the umpteenth version of the well-known U.S.-centered perspective: the American way of life has been attacked, we retaliate, we defend our own, we suffer with our lives and our sanity—we and they.

In purely cinematic terms, the movie picks up pace in the final climactic showdown during a sand storm. The final credit sequence is also powerful, as flag-carrying crowds gather around freeways and on bridges to say their last goodbye to their hero, shot dead after his return from the front by one of the veterans he was trying to help. The documentary images, in their contrast with the visual style of what has preceded them, made me feel as though this human group is totally foreign to my sense of humanity, as though their bodies have been taken over by nationalistic body snatchers. Once again, however, their potential ambiguity is dissolved when they are replaced by beautifully framed snapshots that openly celebrate the military, the country, and the flag. It is of course a big mistake and very unprofessional of a film critic to confuse the author and the text, but I couldn’t help being reminded of Eastwood’s appearance at the Republican convention a couple of years ago. Given the excellence of many of the films he has made in the course of forty years or so, somebody close to him should hint that the time to retire may have come.