THE MARTIAN, OR HOW TO JOKE YOUR WAY OUT OF MARS AS 'THE WORLD' IS WATCHING

Written by Pablo Gómez Muñoz on 19 October 2015. Posted in CCSBlog. 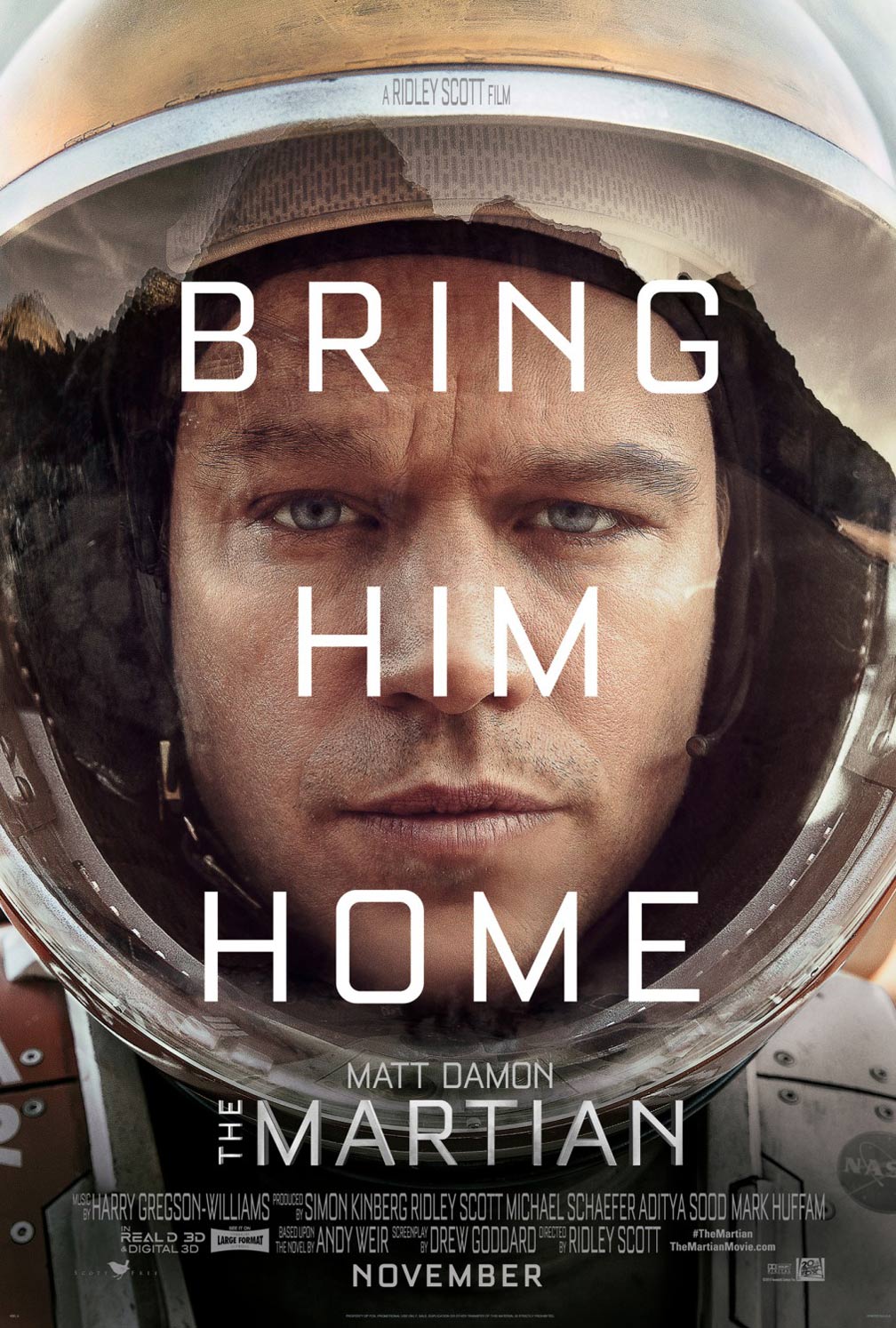 At the beginning of The Martian (Ridley Scott, 2015), a sandstorm forces the members of the Ares III mission to leave Mars in a hurry, leaving Mark Watney (Matt Damon) stranded in the red planet. The film revolves solely around Mark's efforts to survive and NASA's plans to rescue him. Yet, The Martian's 142 minutes of running time do not feel tedious. As soon as he finds himself alone on Mars, Mark starts tackling one problem after another. Even though Mark collapses a couple of times, the film maintains an upbeat tone. Mark constantly adds a pinch of sarcasm and even humor to his circumstances, infusing the film with a light-hearted tone that contrasts with the apocalyptic, dystopian, or epic seriousness that characterizes many science fiction films. Among the different strategies that the film uses to create comic situations, music stands out. The only music that Mark can listen to is a mix of 1970s disco songs left behind by commander Lewis (Jessica Chastain). The diegetic and extradiegetic mix includes songs such as "Happy Days" (Pratt and McClain), "Turn the Beat Around" (Vicki Sue Robinson), "Rock the Boat" (The Hues Corporation), "Don't Leave Me This Way" (Thelma Houston), "Starman" (David Bowie), "Waterloo" (ABBA) or "I Will Survive" (Gloria Gaynor). As the titles of some of these songs indicate, they sarcastically play on Mark's situation. Through its use of popular music, The Martian appears to join Guardians of the Galaxy (James Gunn, 2014)—which surprisingly also relies on 1970s songs—in a move towards a more cheerful science fiction cinema.

Viewers have good reasons to empathize with Mark (both because of his situation and because of the comic way in which the movie presents it). Yet, it is striking that the film makes Mark's rescue a global event. Towards the end of the film, people gather in the streets of China, the UK and the US to follow the development of the rescue mission on large screens. A YouTube tie-in video entitled "Bring Him Home" adds several other locations such as France, Russia and a Spanish-speaking country (https://www.youtube.com/watch?v=rOXVVvBAl1o). In this manner, the film uncritically shows a sort of pseudo-cosmopolitanism in which the struggles of a white US American astronaut to survive generate more empathy around the world than the struggles of other millions of humans that also face life-threatening experiences (although this does not appear in the film). The Martian inadvertently hints that the millions of refugees, migrants, poor people, and people who need medical treatment (among others) all over the world do not raise as much public interest as the astronaut's hypothetical situation. Nor do institutions deploy as many economic resources as in the film. Instead, the often also-accidental situations of these people are regularly met with indifference and sometimes even hatred. Several media have praised The Martian for being scientifically accurate (see, for example, Cofield, McClintock, Saey, or Stofan). However, not many reviews have focused on the social aspects of the film, which, as a matter of fact, may also be uncomfortably close to reality.