Written by Celestino Deleyto on 02 November 2015. Posted in CCSBlog. 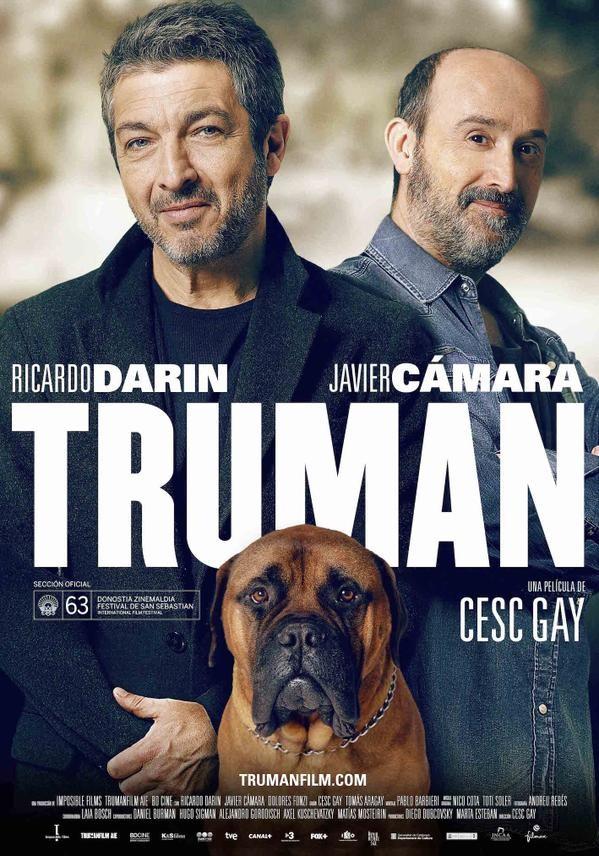 In their remarkable body of films, director Cesc Gay and co-scriptwriter Tomàs Aragay, have become the foremost chroniclers of a certain type of contemporary middle-class, urban Catalan society. These are quiet movies in which the characters tend to say little and convey their feelings and even their place in society through their looks and expressions, often framed in close-up. The same actors tend to reappear from one film to the next, contributing to making the social world they describe immediately recognizable and consistent.

The atmosphere of many of their films is suffocating, whether they take place in the city (most of them) or in the mountains (Ficciò, 2006). For the latest venture, the filmmakers themselves seem to have had enough of the world they have created and have decided to travel to Madrid, where the action of Truman (2015) is set. Gay and Aragay are not the only ones to make the short but, in the present social and political climate, difficult journey: many in the cast, including Eduard Fernández, Ágata Roca and Alex Brendemühl among others, as well as most of their habitual crew have followed them. Truman’s Madrid is populated by Catalan characters. In a nice touch, Tomás (Javier Cámara) comes to visit his dying friend Julián (Ricardo Darín) and stays at the Hotel Catalonia during his visit. For all we know, even Truman, Julián’s beloved dog, is Catalan. In this, the movie is as realistic as its predecessors. Also in constructing a Madrid that is in many ways very similar to the Barcelona we have seen in previous movies. Small wonder, since the filmmakers are obviously attracted to the same type of urban spaces, and Madrid and Barcelona are the two foremost Spanish cities, with more things in common than not.

Not only that. Truman is, for the first time in their filmography (if we leave out Gay’s first feature film as director, Hotel Room, 1998), a co-production between Argentinian and Spanish companies. Argentinian star Ricardo Darín repeats from Una pistola en cada mano (2012) but this time he brings Argentinian money with him for the production. Of the three main characters, two are Argentinians living in Madrid, including Julián’s cousin Paula (Dolores Fonzi). Tomás travels to Madrid from his home in Montreal, and Julián’s son Nico (Oriol Pla) is studying in Amsterdam, where his father and Tomás go and visit him. This opening up of the spatial canvas doesn’t produce a drastic change in the story with respect to earlier films, among other reasons, because the actors’ performance is always central in Gay and Aragay’s films and in Truman as in the earlier ones, the actors carry with them their own histories and identities. As a result, the Madrid that we see in this movie is a quietly transnational city, with no sense of hardcore local identity, yet startingly similar to the Barcelona or earlier movies.

The transition from an apparently local to a transnational type of cinema is, therefore, very smooth and effective, and the seeming naturalness of Truman’s cosmopolitan encounters once again confirms the central position of Gay and Aragay as among the most important contemporary Spanish filmmakers, in spite of the so far limited commercial success of their movies, and also the decidedly transnational vocation of most of the best recent Spanish cinema.