Written by Celestino Deleyto on 03 January 2018. Posted in CCSBlog. 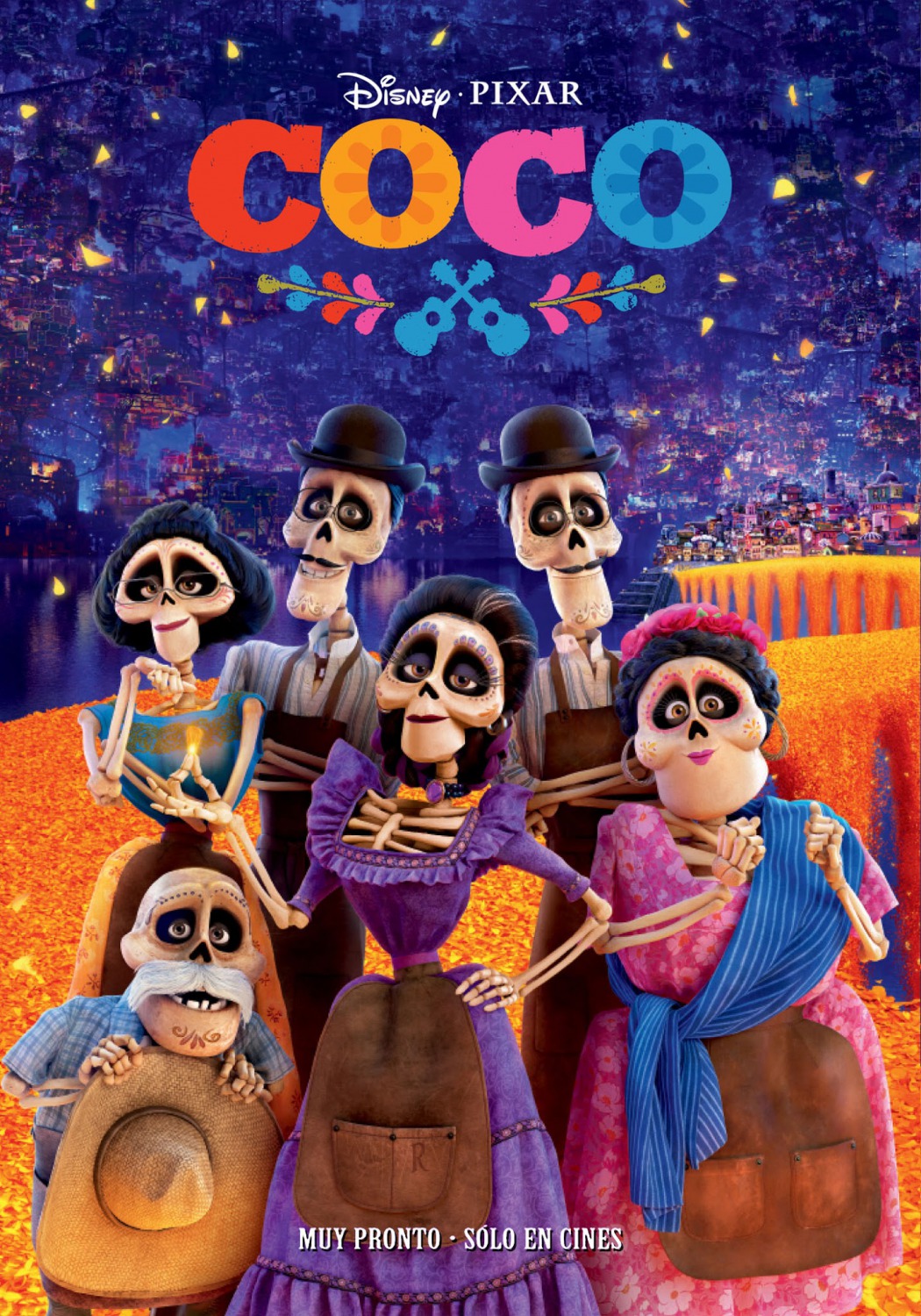 Disney (now Disney Pixar) has been walking the ideological tightrope for decades. It’s always easy to find fault with the individual movies and with the whole cultural discourse of the studio as a whole, especially when we are talking about a multi-million entertainment company whose major goal is to make bucks. Given that, since at least The Little Mermaid, the films have actively sought to place themselves at the centre of cultural debates, critical, often disparaging, opinions have been raging. Yet, it would be unfair to deny praise where praise is due. Recently, it has become even harder to ignore the empowering dimensions of the studio’s offerings: after Frozen and Moana disarmed most critics, now comes Coco to keep the ideological party going.

Visually stunning and emotionally powerful, for my money the best part is its linguistic approach. The story takes place in Mexico and the characters, dead and alive, are all Mexican. I have only seen the “original” version in English in which the characters speak and sing mostly in Chicano English, that is, English with a Mexican accent, interspersed with a plethora of Spanish words, sentences and turns of phrase. By treating the Mexican tradition of el día de los muertos as a Disney fantasy, the movie runs the risk of trivializing and exoticizing an “other” culture, yet Miguel, the hero, is a regular Disney child hero who speaks like any other contemporary Disney child hero, except that his accent is recognizably Chicano, an accent that is more than familiar to any U.S. citizen yet still nowadays mostly ignored in mainstream culture, including Hollywood.

Culturally, the result is a film that is both U.S. American and Mexican at the same time, like Chicano culture: linguistically Mexicano del Norte, culturally Mexican, the characters speak and sing songs in a language that is simultaneously both. I don’t know how viewers and critics in Mexico have reacted to this cultural hybridity, or indeed what Chicanos think of it, but I have found the experience inspiring where it could have been condescending. “Proud corazón” (music by Germaine Franco, lyrics by Adrian Molina, performed by Anthony Gonzales, who gives voice to Miguel, and Antonio Sol) is the final song and its title encapsulates what, to me, makes the movie culturally powerful: nobody bothers to translate “corazón”, or the rest of the Spanish lyrics of the song, into English. If you want to understand it, and the Spanish that the characters use in the film, learn Spanish. After all, this is the way millions of people speak English in the U.S. In the age of Trump the twitterer, this is what I call utopia.