Written by Andrés Buesa on 10 January 2018. Posted in CCSBlog.

At one point in Sofia Coppola’s The Beguiled (2017), Miss Martha (Nicole Kidman), the leader of a girls’ school in Virginia during the American Civil War, considers the possibility of hosting a wounded Union soldier, Corporal McBurney (Colin Farrell), at the house. She asks herself and the others what they can learn from the presence of the corporal. The five girls left at the school give several answers: the experience can teach them the value of compassion; it can remind them that the war is still going on, or it can even show them that there is something else in the world besides school. None of them mentions, though, the true lesson that they will learn in the course of the film: the value of sisterhood. Coppola’s remake of a 1971 film (The Beguiled, Don Siegel) focuses on the behaviour of these women as a group, and exemplifies through their actions--and their mistakes--what sisterhood is: women’s ability to work and stand together, prioritizing the group over their individual concerns.

The idea of sisterhood runs through the entire film. The insistence on framing the seven women together conveys that the group itself, rather than each of them separately, is the central character in the plot. Once they have been established as a unity, the film draws a progression that goes from the breaking of their union caused by McBurney’s presence, to its restoration, thus accepting sisterhood as the answer to the problems he has created. It may seem a bit vague in these terms, but the evolution can be exemplified by analysing two specific scenes from the movie: the two dinners that the group shares with the corporal. The plot intentionally includes two similar dinners (same guests, same location) but with very different meanings.

The first one takes place halfway through the movie and it stands for the type of behaviour that undermines sisterhood instead of reinforcing it. They exaggerate their “feminine” ways in order to attract the corporal: they all dress up for him, they giggle while they talk, and they pick on each other as they try to draw McBurney’s attention. In a word, what we see is a group of girls fighting each other for a man, breaking the unity they were supposed to have. As a result of this, harmony in the house is broken: Miss Alicia (Elle Fanning) seduces McBurney and when Miss Edwina (Kirsten Dunst) finds out, she accidentally pushes him down the stairs. In a way, it is the lack of sisterhood that triggers the problems they have with the corporal in the last third of the film.

Only by restoring that sense of sisterhood, then, will they be able to overcome that situation. And that is exactly what happens in the second dinner they have with McBurney. They all dress up just the same, and they prepare a lavish dinner for him, but this time their aim is very different: not to seduce him but to get rid of him. They collaborate together, as the plate of poisonous mushrooms passes through all their hands. They use the same “feminine” polite manners as the first time, but as a weapon against the corporal and not as a weapon against each other. And most important of all, they do not blame each other for what has happened: even if it is Edwina who pushed him down the stairs, they all accept their part of responsibility and, as a result, they save her life when they prevent her from eating the mushrooms. The whole dinner, despite its tragic ending, is an example of sisterhood between the seven members of the school.

Through the killing of the corporal, then, sisterhood is restored at the school. The Beguiled, like the critically acclaimed TV series Big Little Lies, teaches us the value of women standing together when they face a threat. It is not that all men cause problems and have to be considered a menace–that is, it is not an attack on men. It just shows that, when men do become a threat, women can successfully deal with it as a group, always prioritizing their unity over the individual. 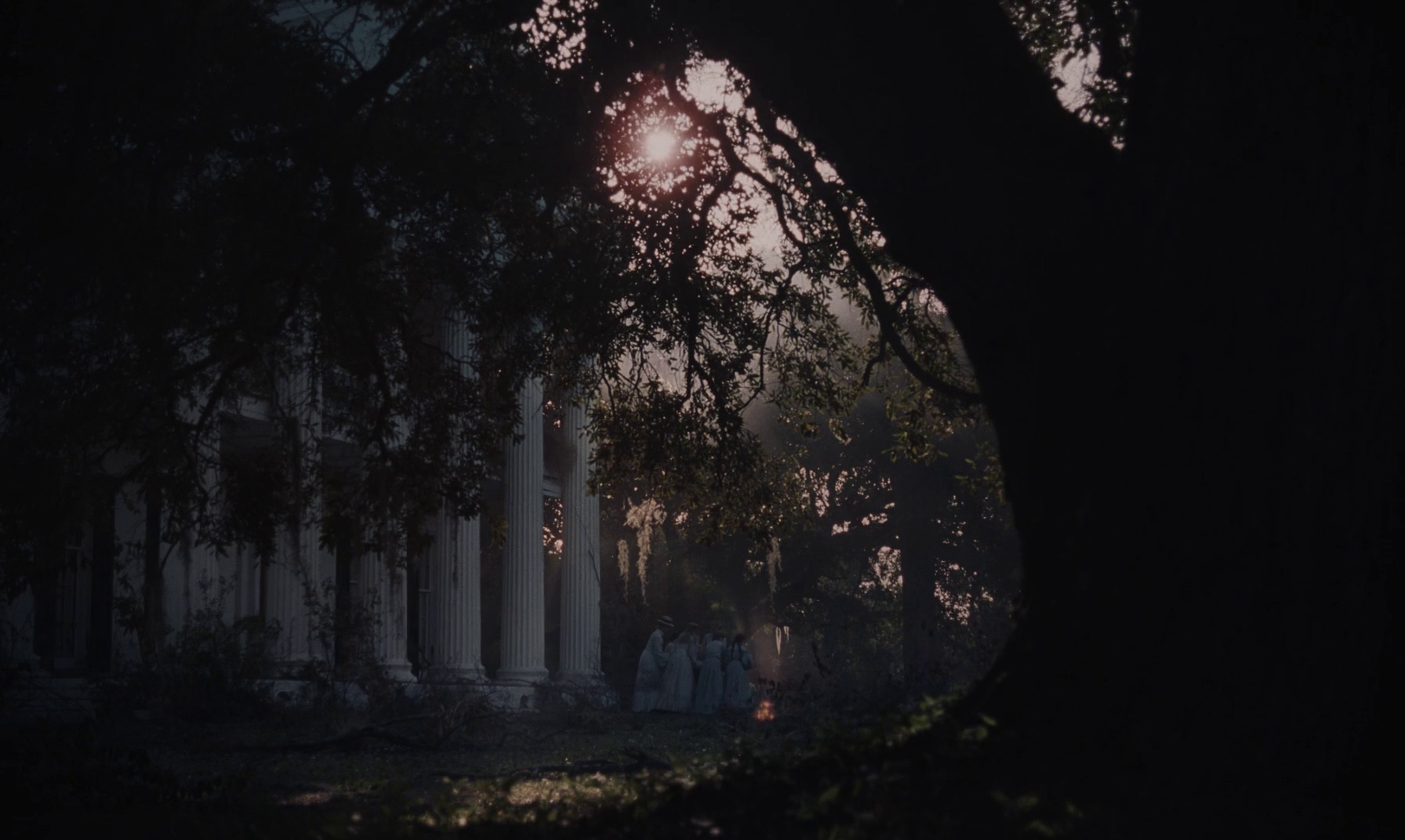