Written by Andrés Buesa on 26 February 2018. Posted in CCSBlog.

If you have seen Call me by your name, you will remember the peach scene. Even if you have only heard about Call me by your name, you probably know about it. Elio (Timothée Chalamet) carves out the center of a peach and uses it to help him masturbate. Not a common thing to be shown in a film, I guess. That is maybe why it has been defined by Vanity Fair as “2017's most outrageous sex scene”, and it appears in every single interview given by the film’s director (Luca Guadagnino) and lead actors (Timothée Chalamet and Armie Hammer). Everyone is talking about the peach. I have the feeling that all this controversy around the scene has somehow trivialized its the meaning. This moment in the movie is not just an unjustified provocation in order to catch the attention of the critics. It was already there in the novel in which the film is based (André Aciman’s Call me by your name), and it has a role to play within the film’s discourse. I would like to suggest that, beyond the controversy, the peach is a key symbol to understand Elio’s negotiation of his own sexuality.

Peaches and apricots appear in several moments during the first part of the film: in Oliver’s (Armie Hammer) first breakfast in the house, he asks about the orchards in the garden; Elio is holding a peach when Oliver touches his back – the first time there’s some sort of intimate contact between them and there is a discussion of the etymology of the word “apricot”. Therefore, the film consciously draws attention to these fruits as a symbol to be interpreted by the spectator. This idea is emphasised by the several shots of orchards that are placed between scenes. To some extent, then, fruits (apricots and peaches) are there from the beginning, even if unrealized by Elio. Exactly like his own sexuality: latent, but nor explored until Oliver’s arrival. Read this way –the peach standing for Elio’s concealed sexuality- the famous scene has a deeper meaning than it seems. It is a powerful way to Elio’s relation to his own sexuality: his wish to explore and enjoy something that has always been part of him, but at the same time is new and unexpected. 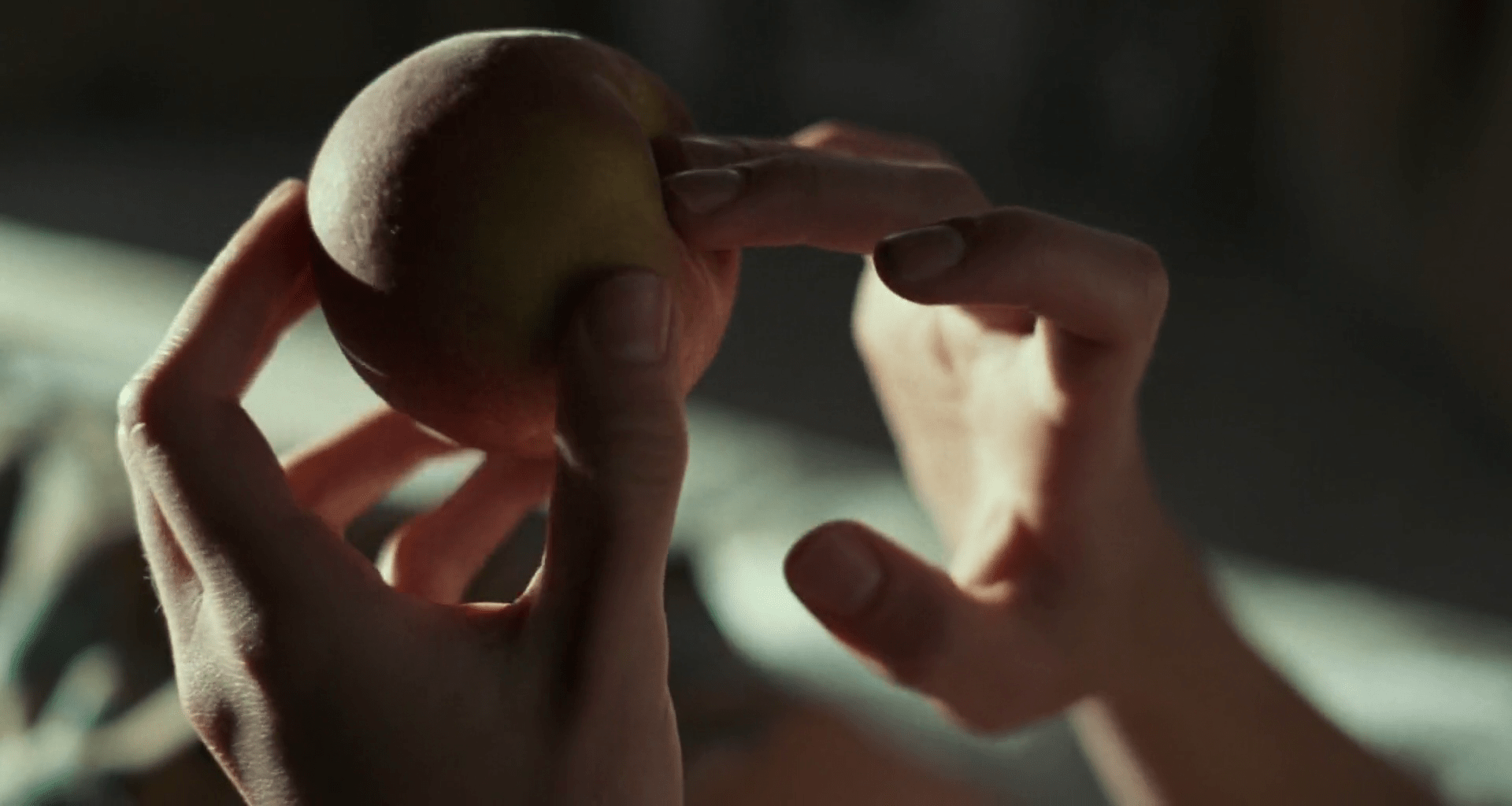 #1 Celestino Deleyto 2018-03-07 10:58
I'd rather talk about the apricot. The discussion between Oliver and Elio's father about the etymology of the word is far more interesting and symptomatic of the film's ideology. Young Oliver corrects the older man and offers us, off the top of his head, the "real" version. Then Dr. Perlman explains that he, of course, knew, but was testing Oliver's knowledge. We know that Oliver is from the U.S. but hesitate to pinpoint where the other major characters are from: they are all proficient at English, Italian, and French. But I'm sure they would all speak Spanish equally well, given half a chance, and I wonder about Mandarin, too. Oliver's reciprocation of Elio's sexual desire, given the power balance between them, might have set a number of alarms going for any other parents. Not for Dr. Perlman, though, whose knowledge of classical art and philosophy overpowers any parental anxiety he may have harboured. Wonderful people, all of them.
Refresh comments list
RSS feed for comments to this post