In one of the first scenes of Neruda, the Chilean Nobel Prize poet –played by Luis Gnecco– has a conversation with former President of the Republic Arturo Alessandri (Jaime Vadell). The scene takes place in a room where they are having tea, but then shifts suddenly to a staircase –and then to the Senate and back to a different room– without any interruption in the dialogue between the characters. Similar “spatial jumps” take place at other key moments in the film. The film seems to be suggesting that the conversation may have taken place in any of those spaces –or it might not have taken place at all. It does not really matter. By means of this narrative technique, the film highlights its own fictional nature. It asserts, from the very beginning, that recreating what really happened is far from its aim.

The same visual approach is used in the scene that follows: a dialogue between Chilean President González Videla (Alfredo Castro) and Óscar Peluchonneau (Gael García Bernal), the detective sent to arrest Neruda. But this time, the self-conscious element is also emphasised by the use of a voice-over narrator. The narrative voice belongs to detective Peluchonneau, the only non-historical character in the film. His fictional origin, together with the literary tone he uses to narrate and the fact that he sometimes speaks about himself in third person, constructs him as a character that might have been written by Neruda. Through the use of this very specific type of narrator, the film is again blurring the line between fiction and reality.

What these examples prove, ultimately, is that Neruda is not a conventional biopic; maybe not even a biopic. We are used to biographical films –The King’s Speech (Tom Hooper, 2010), Lincoln (Steven Spielberg, 2012) or The Theory of Everything (James Marsh, 2014), to name a few– that try to reconstruct the life of historical figures as accurately as possible. The approach these movies tend to have towards reality is to avoid self-conscious elements of any sort, so as to preserve the illusion of reality. But that is exactly what I have never liked about them: the more they try to hide that they are fiction films, the less I enjoy them. Neruda, on the other hand, separates itself from this tradition. While conventional biopics try to reenact the “real” life of their protagonists, Larraín’s film does not. The filmmaker himself states that “if you want to learn something about Neruda’s life, don’t watch the film”. That is, Neruda is based on the postmodern assumption that truth or reality do not really exist; and therefore it is not a film about a real character, but a film that uses a historical figure and the myth around him to construct a fiction of its own. If it can be considered a biopic, it is no doubt a postmodern one. 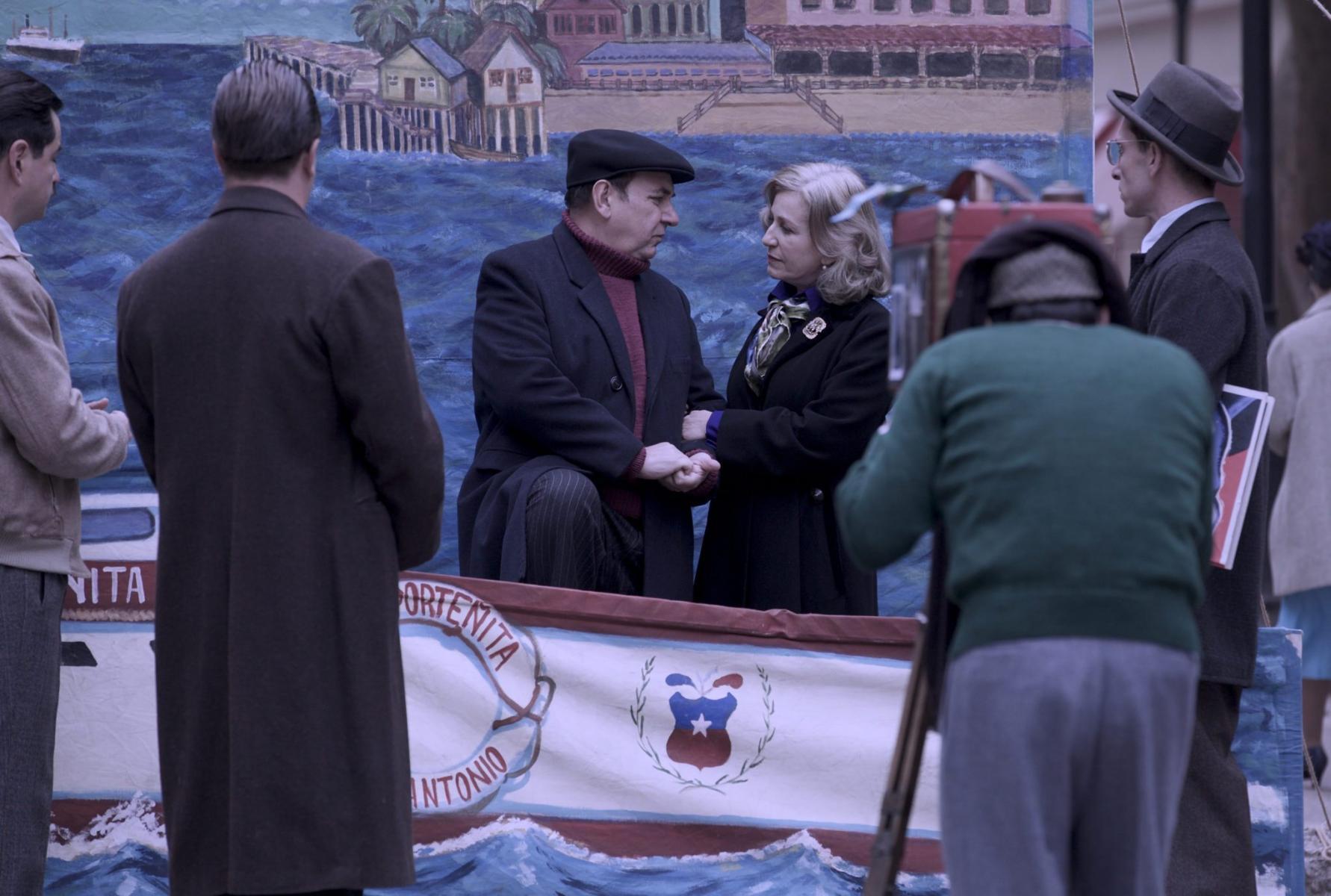