Brokeback Mountain by Juan A. Tarancón

Written by Juan Tarancón on 14 February 2006. Posted in CCSBlog.

Brokeback Mountain (Ang Lee, 2005) is not a trail-blazing film, and yet, it has many exceptional features that grab the attention (and the heart) of the spectator and deserve due consideration. The film starts off as the hot blooded affair of two teen cowboys, Ennis del Mar (Heath Ledger) and Jack Twist (Jake 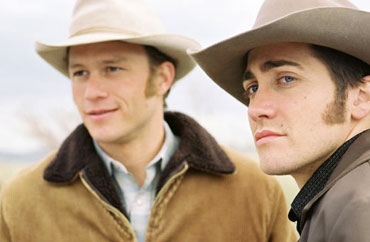 Gyllenhaal), who meet in 1963 while herding sheep for Joe Aguirre (Randy Quaid) on Brokeback Mountain, Wyoming. When summer comes theyre off to more straight matters, Ennis stays in Riverton and marries fiancée Alma Beers (Michelle Williams) and Jack does the rodeo circuit until he meets and marries Lureen (Ann Hathaway) while riding in Childress, Texas. After an ellipsis of four years, Ennis receives a postcard from Jack and they take it up again where they had left it. For some twenty years, and while leading miserably ordinary lives, Jack travels to Riverton to meet Ennis and both would go fishing in the mountains, engage in off-screen love making and figure out what to do with their thorny situation. This clandestine relationship goes on without them taking any step forward until Jack dies while pumping up a flat on the truck, although it seems that Ennis, and probably his wife Lureen, know better. The film is basically the chronicle of a furtive ill-fated love and not a coming out story. Ennis and Jack regard their sexuality in different but equally complex terms: both get married and have children, which helps to bring the poignant characters of Alma and Lureen into the big picture, and at different times both assert a more traditional bullying western masculinity. However, while Ennis carries a torch only for Jack and eventually gets divorced, abandons any pretence of heterosexual love and leads a solitary and gloomy life in a trailer, Jack is often seen trying to pick up other men and has the casual gay affair (a practice that in the end proves fatal).

The strength of the film is not to be found in the homosexual relationship between the two cowboys, for there is something deeply flawed in the way it is narrated. Their encounters, and especially their craving to be together, lack the 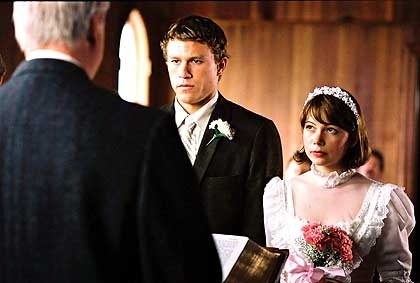 passion that the story demands from these tormented male characters, and, to use Annie Proulxs intense words, have nothing of the sweat, the saliva, and the stink of smoke, whisky and semen that it would take to get the spectators emotional support. Besides, as the film reaches its finale the restrained interpretative exigencies of Ennis, a reserved and tormented old cowboy of very few words, seem to be too demanding for Heath Ledger and, although he has been nominated for an Academy Award, one cant help but imagine how much more convincing Ennis suffering would be if performed by other nominees like David Strathairn or Philip Seymour Hoffman. By contrast, it is the relationship between Ennis and Alma that resonates with unease and genuine emotional turmoil, steals the show, and brings the film closer than one might suspect to the conventional western formula. Alma finds out from the start what the fishing escapades of her husband are really about, and becomes the main casualty of the film. Ennis, on the contrary, is shown to be idiotically ignorant of this fact as the spectator sides with his wife and identifies

with her in a series of heartbreaking scenes in their small and dimly-lit downtown apartment (our identification with Alma is undoubtedly aided by the splendid performance of Michelle Williams). One of the admirable assets of the film lies in the opposition between the dreary, dark and heterosexual domesticity that confines Alma and the luminous open space outside her window where Ennis escapes for his homosexual affairs. Finally, in one of the last scenes (if not the last one), it is Ennis that is seen locked up in the interior of his trailer looking at the tangled old shirts and at the still life of the Western landscape as captured in one of Jacks postcards. This odd ensemble formed by the shirts and the postcard appears enshrined in Enniss secret closet and asserts the impossibility of a West other than the nostalgic monomyth of an uncomplicated gendered landscape. The image of the West where Ennis locates his sexual identity reproduces and perpetuates the moral themes inherited from the nineteenth century the photo carries on and updates the tradition of the Survey photographers, Ansel Adams and the like. As always, the West appears here as a powerful paradox: the landscape of dreams denied, the space that both promises and eradicates alternatives, that includes and excludes at the same time.

Brokeback Mountain demands being seen as a contemporary western. Among the generic affiliations that the massive marketing strategies of the film invoke, the pervasive force of the western iconography involves a certain set of major expectations. Moreover, the film, based on a short story by Annie Proulx that states openly its affinities with western literature, was written by the 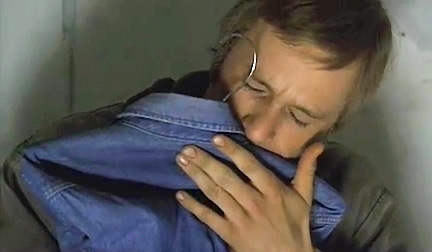 seasoned Texas writer Larry McMurtry and by Diana Ossana. Larry McMurtry, an astounding connoisseur of western lore, is probably the most influential of the so-called revisionist writers. His first novel to be adapted for film was Horseman, Pass By (Martin Ritt made it into Hud in 1962) at a time when the western genre was confronting its history and bringing about a broader and more liberal and grief-stricken vision of the West. McMurtry helped set the pace of the detachment from the myth in the 1960s only to yield to the mythic again two decades later with the tremendous success of Lonesome Dove (a Pulitzer-winning novel that was made into a TV series by Simon Wincer in 1988). Not unlike Larry McMurtrys fiction, Brokeback Mountain revolves around the myth of the West as inherited by male heroes and the mythless household created and maintained by women. Ennis and Jack are made to confront this myth and come up deeply troubled and unstable; Alma and Lureen (especially Lureen), on the contrary, prove to be both stronger and more stoical characters and manage to carry on without the aid (or the burden) of such a myth the same happens in The Last Picture Show, a McMurtrys novel made into a film by Peter Bogdanovich in 1971, where the characters of Lois Farrow (Ellen Burstyn), Ruth Popper (Cloris Leachman) or Jacy Farrow (Cybill Shepherd) persevere and endure the best they can while the new breed of men are emotional, social and even bodily cripples. Brokeback Mountains gay characters exist in the tradition of these disturbed heroes of the revisionist western, but Ennis and Jack are left with no choices and disappear leaving no traces in the mythic western landscape. In contrast, Alma and Lureen, who are not weighed down by the myth of the West, have the resources and the strength to go on with their lives.

We cannot forget that Brokeback Mountain casts its stars as overtly homosexual, and it is probably the first big budget western to do so. The iniquity of homosexuality does not belong in the western, and yet it echoes from every 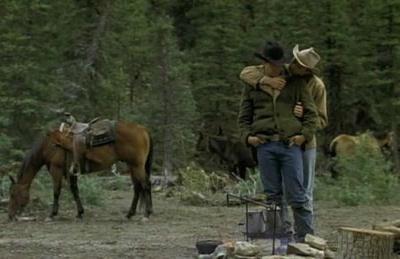 corner due, precisely, to its unnatural absence in an essentially male world. But in Brokeback Mountain, instead of adding to the melodramatic effect, this ground-breaking feature is assimilated into one of the conventional thematic trends of the western, namely the social alienation and marginalization of the hero. This traditional overriding western formula waters down the energy of the homosexual relationship and the preliminary assault on the myth of the West as the film concentrates on the dysfunctional family structures and falls back on the conflict between the nuclear family and the loner who cannot assimilate. And yet, since individual films have the capability to comment on and transform a genre (and with it films future and past) a number of questions come to mind: Will we look again in the same way at the partnership of Clay Blaisdell (Henry Fonda) and Tom Morgan (Anthony Quinn) in Warlock? Was it only admiration that Seth Bullock (Tim Olyphant) felt for Wild Bill Hickok (Keith Carradine) in Deadwood? And, will US presidents still be so eager to engage themselves with the West or to include the cowboy in their speeches?