A Guide to Recognizing your Saints, by Andrés Mingueza

A Guide to Recognizing your Saints (Dito Montiel, 2006) 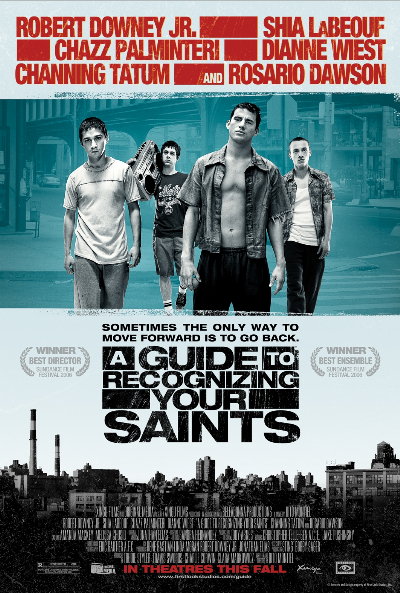 As everyone knows, New Yorkis a fertile land where every corner, park or alley has been, is and will be the perfect soil to "grow" a masterpiece movie. As viewers we have taken long walks through Central Park with Woody, gone to Tiffany's on 5th Avenue with Audrey and enjoyed the sights from the top of the Empire State with Kong.  But when we try to visit the less "glamourous and fabulous" boroughs, as the women from Sex & the City would say, there are few directors that would give us a tour.

It is no secret that Brooklyn is Spike Lee's territory and New Jersey is hometown of Kevin Smith.  But what about Queens?.  Sure we know that's where the Mets play and where the planes from  JFK Airportroar 24/7. But what else do we know of this Immigrants' Kingdom?  I must admit I don't know much, but after watching this film I now know that Dito Montiel (Director, Screenplay Writer and Main Character) is its Crown Prince.

This film is based on a book also written by Dito Montiel. The film narrates the story of Dito, an eager teenager, that is trapped in Queens surrounded by his friends and parents.  The story goes back in time so we can see young Dito grow up in Queens (played by Shia Leboeuf, recently seen in Transformers) and an adult Dito who has become a famous writer on the West coast, played by the always surprising Robert Downey Jr. (Kiss Kiss Bang Bang!).

Dito Montiel portraits Queensas a grey urban jungle where he is the prey, and his father and friends are the predators. It is his destiny to live and die there. Therefore he tries to escape by leaving everyone behind.  Actually Dito tries to escape from what he is afraid of: love and death.

The male parts are the main characters in this movie. They are presented as rough, passionate and not very rational. For example, his father, Monty (played by Chaz Palmintieri, Mulholland Falls), is the King of Queens, proud of his origins and of the 'hood. Therefore the relationship with his son is just a genetic matter.

His friends and everything that surrounds Queens smells rotten and dead to Dito. The key to this cell where he is trapped is represented by an Irish class mate 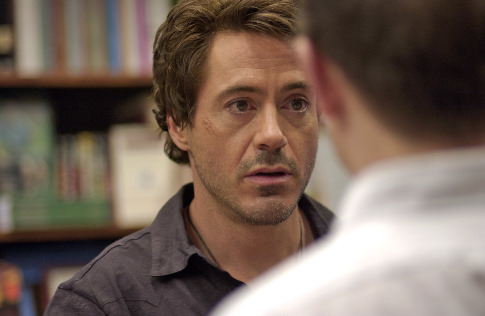 called Mike O'Shea. They start a friendship that makes him feel alive for the first time in a long time, and as a consequence his mind broadens as well as his expectations.  This new friendship based on deeper feelings portrays a different side of the male universe shown in this film. This less 'macho' male figure represented by the Irish student and the Gay dog-walker, makes Dito question himself about what does he want to do with his life.

This evolution of the character and the attainment of freedom is reflected in the film by Dito's desire to travel to Los Angeles. The West Coast represents the wilderness, the unexpected, life and sunshine, while Queens is just the twilight of his life.

On the other hand the female roles are almost invisible to the audience but they have a quite important function in the film: they are the gatekeepers of Queens' essence. Dito's mother and his girlfriend try to keep their 'boys' out of trouble in order to make Queensless chaotic. Dito's girlfriend (the adult character is played by Rosario Dawson, Kids), is his conscience's voice and he leaves her behind because he is afraid of the truth and love that exists between them.

The stereotypes in this movie can be seen quite clear, but at the same time Dito Montiel (Director) gives to the characters a harsh sense of reality. Except for the adult main character, himself, which I think is the least realistic and convincing 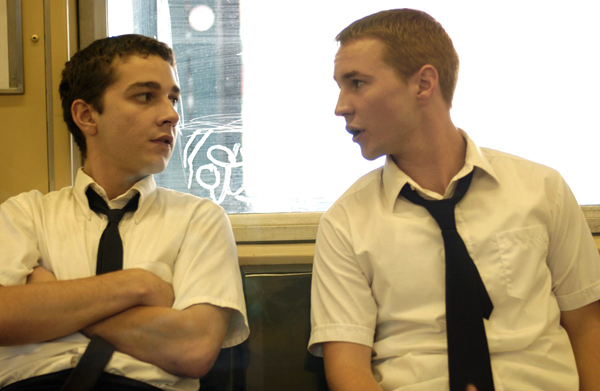 Although Dito Montiel has done the most part of the possible jobs that can be done (I bet he arranged the catering during the shooting of the film too), he has avoided the most important one: to reveal his true self through the character. Instead, he has created a persona embodied by Robert Downey Junior that does not add anything new to the movie. It is the character of young Dito that shares emotions and connects with the audience. I understand that it is easier to portray what a person was in the past than what a person has become or is in the present. Therefore I consider this just a small mistake in a brilliant movie.

We could say that Dito's ghosts, like Hamlet's, chase him until he faces them when he comes back home as an adult, because of his father's illness. That's when he realizes that no matter how far he runs away from Queens, it will always be by his side.

When I went to see this movie I had my doubts about the director and I thought that It would be one hundred minutes of pure ego, because I could read Dito Montiel's name ten times in the movie poster. But it turned out to be a watered-down , Kids (Larry Clark) meets Godfellas (Martin Scorsese) movie.

Once seen, the film can be interpreted as a long letter to his father explaining how he felt when he was a child trapped in Queens, in order to justify himself but at the same time asking for forgiveness. The fear of growing up, of becoming your father and of love and death are the ghosts that haunt Dito Montiel (and most of us). The director uses these fears to get the strength and rage to create this movie, which is quite impressive for his first work as a director.

So if you ever go to Queens, don't miss this movie, it will be useful because Dito is quite a guide.