The Darjeeling Limited, by Beatriz Oria

Written by Beatriz Oria on 31 December 2007. Posted in CCSBlog. 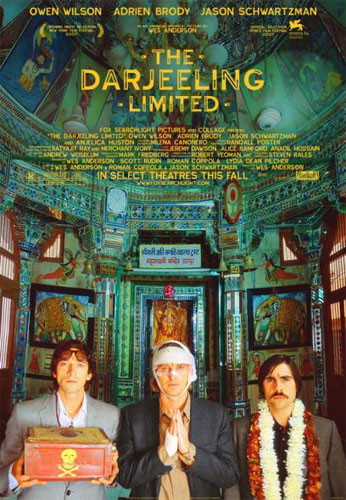 The first time I saw this picture, I did not know what to make of it. Having greatly enjoyed Wes Anderson's first three films, Bottle Rocket, Rushmore and The Royal Tenenbaums (and a little less his last one, The Life Aquatic with Steve Zissou), I was hoping that The Darjeeling Limited would be something like Anderson's confirmation as a "total filmmaker". That is, his final transformation from a young, promising director into a full artist finally acknowledged, if not by the big audience, at least by a good part of it. In this sense, The Darjeeling Limited was at first a bit of a disappointment. The plot, which revolves around three brothers that set on a spiritual journey through India after their father's death, presents all the commonplaces Anderson has become well-known for. However, the basic "repetition" is the recurrence of his favourite topic: the portrayal of a dysfunctional family full of bruised souls who are reasonably healed by the end thanks to their eventual bonding. 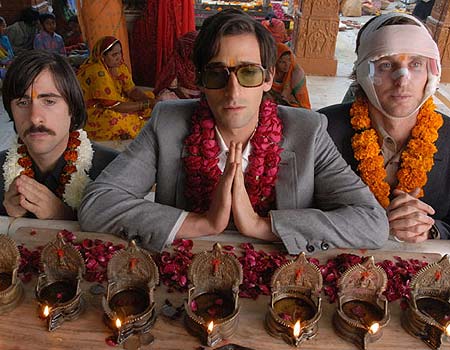 The film resembles Anderson's previous features in that character development is clearly privileged over narration, to the point that the plot becomes quite unimportant in itself. Once again, those unfamiliar with Anderson's filmography or those who have been "tricked" by the theatrical trailer into believing they are going to see a straightforward comedy will be probably disappointed: the mixture of funny (albeit surrealist) moments with some really sad and shocking occurrences provides The Darjeeling Limited with a melancholic, bittersweet atmosphere that is touching and captivating at the same time. Standing on a sharp knife between comedy and drama, those who like clear-cut things when watching a film will be surely annoyed by this one. Anderson, on the other hand, does not like to tell his audience what to do: whether to laugh or cry is up to you.

The result of this particular mixture of genres is a moving and compelling film, the kind that silently grows on you the more you think about it. Anderson's subtlety when it comes to telling a story is also remarkable. He likes to delineate his characters little by little, disclosing their feelings and motivations slowly and frequently taking the viewer by surprise. But this is done in the most subtle of ways. As it was the case in his previous films, The Darjeeling Limited is full of "blink-and-you-will-miss-it" details which are crucial to fully understand its characters' inner states. Peter's (Adrien Brody) hanging on to his father's possessions (most notably a pair of prescription glasses he wears throughout the film), indicates his deeper hold on his memory, of which he is incapable of letting go. Jack's (Jason Schwartzman) "totally fictional" short stories, which bring Peter to tears in a very short but touching scene, and the fact that he has not stepped on American soil since his father's funeral, also attest to his trauma. Last but 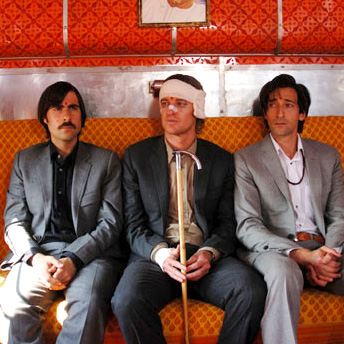 not least, Anderson gives a sudden and unexpected twist to Owen Wilson's character, Francis, when we learn by the end of the film that his wounds are not the product of an accident but a suicide attempt. Here it is impossible not to draw a parallel with the actor's own attempted suicide, which took place roughly at the time of the film's premiere at the Venice film festival, thus adding an extra layer of melancholy and pain to the story. All in all, these characters are evidently haunted by the memory of their dead father, whose spirit is in some way present through Bill Murray's mute cameo, but their grief is not made conspicuous by the plot. Rather, it is expressed through small details which may go unnoticed if the viewer does not pay attention. As was to be expected from an Anderson film, the brothers' trauma is finally overcome and partially healed thanks to the bonds they establish during the trip. Anderson, so fond of visual metaphors, nicely encapsulates this in the final sequence, in which the three brothers manage to get on the train that is to take them back home while losing their father's baggage (both symbolically and physically): eleven suitcases that they have carried as a really heavy load throughout the whole journey.

Even if one is not moved by its plot, the viewer has no option but to surrender to the beauty of the film's photography.Cinematographer Robert Yeoman (Anderson's habitual collaborator) succeeds in capturing the exoticism, not so much of real India, but of the colourful India that lives in Anderson's imagination. As was the case with his recreation of the sea bottom in The Life Aquatic or his outlandish rendition of New York in The Royal Tenenbums, never for a minute does Anderson 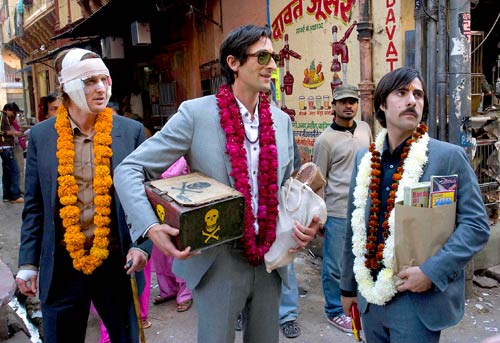 attempt to show the “real thing” in his films. Rather, he likes to create parallel universes which seem to resemble reality but which are five degrees removed from it. In this way, India becomes a stylish, magic and colourful country which constitutes the perfect scenario for the characters' soul-searching. In this sense, Anderson displays once again his trademark visual style: rather than showing signs of change, it has become even more acute in this film, featuring extremely meticulous compositions and a very self-conscious use of the camera, with a fondness for panning, zooming, overhead camera angles, and slow-motion sequences. As always, all this visual paraphernalia is accompanied by a carefully chosen soundtrack, which serves to heighten emotional moments to the maximum.

Is The Darjeeling Limited a disappointment because it deals once again with Anderson's old obsessions in the same old style? Well, when you think of it, most well-established directors tend to go over the same topics again and again: Bergman, Allen, Scorsese, Hitchcock… they all keep returning to their own preoccupations film after film without anyone questioning them. From my point of view, a filmmaker can spend his whole life working on a given topic, expanding its resonance. Why should Anderson be an exception? I do not know if Anderson will ever manage to enter the pantheon reserved to “total filmmakers”, but the undeniable originality of his cinematic proposals attests to the fact that at least he is trying harder than anyone else in his generation.