Written by Celestino Deleyto on 25 March 2013. Posted in CCSBlog. 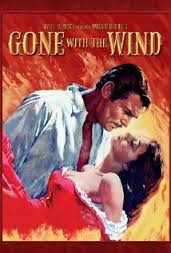 Almost 75 years after its release, is Gone with the Wind an instance of classical Hollywood cinema at its most conventional, mainstream and manipulative, or does it qualify as one of the best films ever? If the latter, why does it never appear in critics' best films lists? What does it lack? I invite readers to mention reasons for and against this most famous of Hollywood movies.

#1 Julia Echeverría 2013-03-28 16:00
In the Sight and Sound's 250 best films list it appears in position number 235. I think this rejection on the part of the critics is due partly to these maintstream qualities that you mention -and how films with box-office success and Oscar awards seem to be generally regarded with suspicion by critics, being associated with conventional ideologies- but also, or especially, I think it's due to its melodramatic touch (in the Sight and Sound list the few melodramas, comedies and horror films that are listed are very far away from the first positions). It seems to me that every genre that appeals to instant emotions (fear, laughter or shedding a tear) is usually regarded as manipulative and hence being a secondary form of art, regardless of its artistic qualities, and Gone with the Wind is a great example of that, as it is The Apartment (#127) or The Shining (#154).