The Birth of a Border

Written by Celestino Deleyto on 11 December 2016. Posted in CCSBlog. 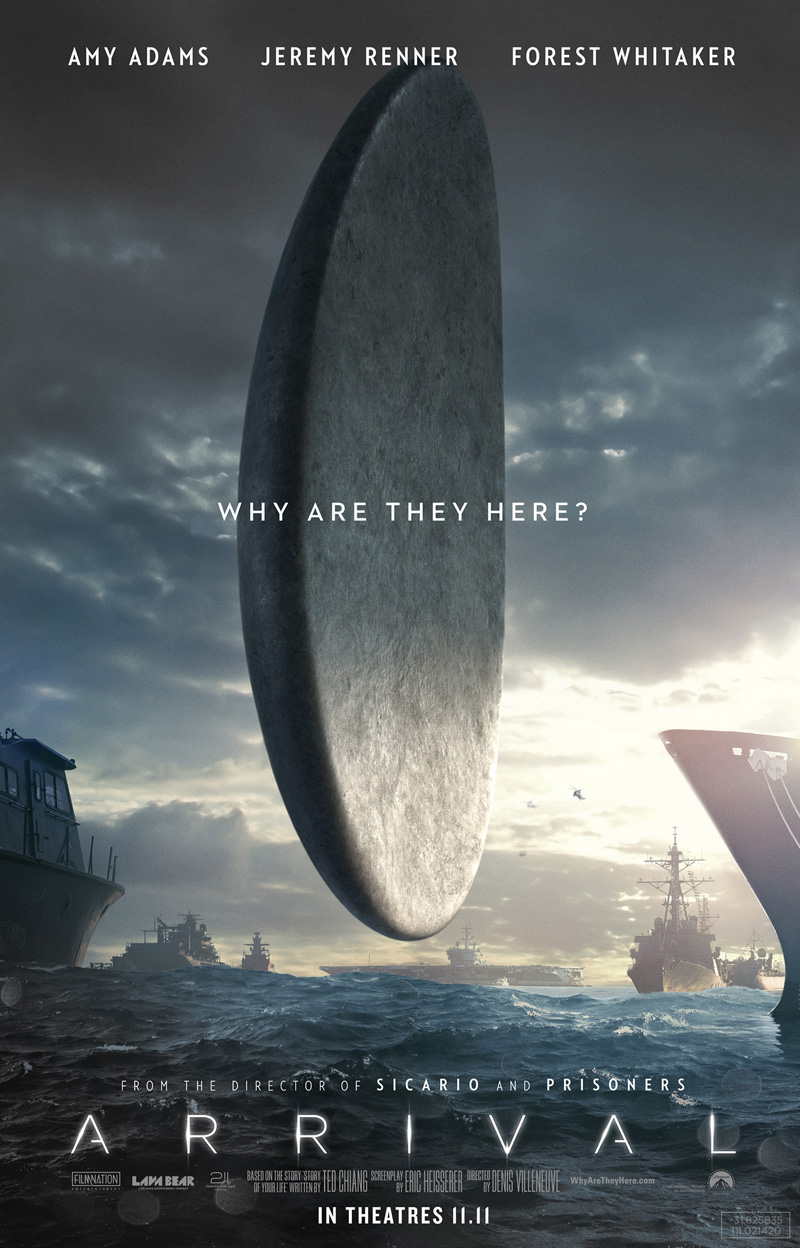 In Arrival some very sophisticated aliens (almost) land in twelve, apparently random, locations around the world. We only become familiar with one of their gigantic ships but assume that the rest behave in a similar way. In Montana, the army soon builds a perimeter around the spot to protect the country from potential invaders and only a very select group of people is allowed to cross it. A very basic, unsophisticated variety of border construction. The aliens, for their part, open an entrance into their craft, inviting earthlings in to establish communication. Once in, however, the human characters find an invisible barrier that they are not allowed to cross. No exceptions are made until much later on in the narrative. Around that barrier, precarious communication is established. Since they are so intellectual superior it is difficult to understand why the aliens do not seem to understand English (or any of the other earth languages in the other locations). The US army sensibly hires a brilliant linguist and a supposedly brilliant scientist to try and decipher the aliens’ language. A border has been created and it almost looks like a membrane, extremely difficult to cross but supple enough to encourage the desire to communicate. Gradually, our heroine the linguist begins to understand and to ask questions. The answers, however, are open to interpretation: some read them as a threat of invasion, others as an invitation to establish friendly contact. Very soon the dynamic around the border becomes familiar: one driven by linguistic and cultural barriers, fear and curiosity about the other, and of course geopolitical agendas. Interestingly, the US authorities, maybe still Obama-like, are more open to explore exchange. The Chinese and the Russians are more aggressive and belligerent. Around the ambiguous membrane, ideology is immediately constructed. For a fantasy film, Arrival is pretty accurate about the functioning of borders in a global world.

#1 Pablo Gómez Muñoz 2016-12-13 17:50
Arrival is indeed an accurate portrait of geopolitical relations and border dynamics. The major obstacle for understanding is the wariness of world governments rather than the aliens themselves. They do not come to invade the planet or exploit its resources. They come to ask for help and give humans the tools to help them in the future. One of the most realistic aspects for me was that the aliens do not foster communication and openness because they are the kindest beings in the universe, but because it is in their best interest. They give humans a different sense of time so that humans can help them in the future (although no further details about the help that they will need are provided). Yet, it is surprising that the aliens have so much and so little to offer at the same time. The film barely considers the potential and the implications of this knowledge. [continues in #2]
#2 Pablo Gómez Muñoz 2016-12-13 17:51
Viewers only experience this apparently revolutionary sense of time (which allows people to see the future) through the eyes of Dr. Louise Banks (Amy Adams). Thanks to this knowledge, Louise is able to see that her daughter will have an incurable disease and die, her husband will leave her, and yet, she chooses to live her life the same way. Here, the film seems to try and move from the terrain of big concepts and geopolitical relations to the personal sphere, somewhat mirroring Interstellar. Yet, it is hard to empathize with Louise and her (so far) virtually unknown family. In the end, her personal story does not involve the viewer as much as, for instance, the love-driven quest for survival of Cooper (Matthew McConaughey) and his daughter Murph (Jessica Chastain/Macken zie Foy). [continues in #3]
#3 Pablo Gómez Muñoz 2016-12-13 17:51
Perhaps the problem with the narrative development of Arrival is the fact that the personal story of Louise appears disconnected from the geopolitical background and story of civilizational contact that most of the film focuses on. At the end of the film, the alien visit seems to have changed only Louise’s life (or her perception of it), aliens leave, and the rest of the humans in the film may as well just forget about them.
#4 Jamie Fowlie 2017-09-25 07:45
I disagree with Pablo's observations about Lousie. It is not that she "sees" the future, it is that as she begins to acquire the language she beings to see her life as it WILL be lived because of the decisions she has and will make. Just as cognition brings greater complexity and awareness she begins to understand that her future is written and gains more insight into her role in her own future: already written.

Had she chosen not to have a child knowing she would die young and her husband would leave, she would not have those visions becuase it did not become her path. This is not a film about parallel universes like Coherence, this film inevitably, although reluctantly, coincides with the physcial law that ultimately we do not really choose. We already did, and our future time is the proof of that.
Refresh comments list
RSS feed for comments to this post